See the attached nomination form and for more information contact the Executive Officer Shauna Black on 0409 096 846 or info@authentickangarooisland.com.au

Nomination form for Board

Brand partners and Business Members of the KI Business and Brand Alliance have long listed access to the Island as their number one issue. Recently we wrote to the Minister for Infrastructure and Transport Hon. Corey Wingard to raise some issues with him on behalf of our members. You can read our letter and the… 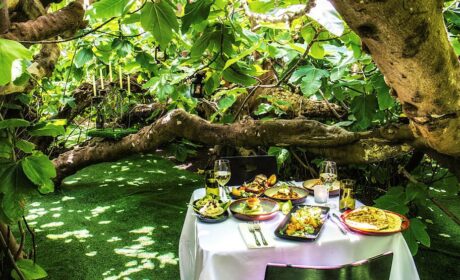 Iconic Kangaroo Island dining experience, the Enchanted Fig Tree, is set to take on a new lease of life with its upcoming series of wilderness dining events – Gastronomo – hosted by some of SA’s hottest chefs. From 11 December 2020, Kangaroo Island visitors will once again dine among the dappled light of the 100-year-old…