The purchase includes all of the plantation land, standing timber and the Ballast Head site proposed by New Forests as an export facility.

A Heads of Agreement was signed on Friday, 21 October, with the final contract to be signed by the end of this month.

KIPT anticipates the financial transaction will be finalised by 28 April 2017. The deal is the biggest real estate sale yet transacted on Kangaroo Island and delivers 19,000ha of land, of which more than 10,700ha is planted with Tasmanian blue gum (eucalyptus globulus). The current standing volume of timber is estimated at 2.4 million green metric tonnes. The FIT deal effectively quadruples the size of KIPT’s plantation area and triples its standing timber resource.

KIPT also announced it had lodged an application for Major Development Status with the South Australian Government for its proposed $25 million multi-user deep water wharf project at Smith Bay on Kangaroo Island. KIPT believes the Smith Bay site offers significant advantages over Ballast Head and has begun several important studies and assessments in the lead-up to lodging its development application.

Managing Director John Sergeant said the company remained committed to the thorough and rigorous assessment of its proposed development, in consultation with the South Australian Government and with the involvement of the Kangaroo Island community.

He said there would be further announcements regarding capital raising and funding for the FIT acquisition and the wharf development. He thanked the Commissioner for Kangaroo Island, Wendy Campana, and her departmental colleagues, for their assistance and guidance.

Mr Sergeant said the Company was committed to working with the South Australian Government and local stakeholders. In particular, KIPT would ensure that the existing nearby onshore abalone farm at Smith Bay was not negatively affected.

“The Company is also committed to working co-operatively and openly with private timber growers and other primary producers on Kangaroo Island to ensure that the benefits of the proposed Smith Bay wharf are shared as widely as possible,” Mr Sergeant said. “It is anticipated that there will be considerable employment, social and economic benefits to Kangaroo Island, and to South Australia more generally, from mobilising what is currently a stranded asset and establishing a profitable long-term timber industry on Kangaroo Island, which is one of the best places in Australia to grow plantation timber,” he said.

For more details, see the ASX announcements at www.kipt.com.au

Quotes attributable to the Commissioner for Kangaroo Island, Wendy Campana: “KI Plantation Timbers has agreed to the wharf being available for all non-timber users based on incremental cost and it is good to hear that they are not seeking any form of taxpayer subsidy. Other Island industries will benefit from this wharf, in particular, agriculture. Local employment growth will also result. There will, however, be some important issues to address such as any impact on the local abalone farm, which has had great success and employs a number of persons on the Island. I am pleased that KI Plantation Timbers will be actively involved in finding solutions for co-location and of course there will also be the need to address any environmental concerns that may arise. There is still a way to go with the State Government approval processes and a number of issues will need to be addressed”. 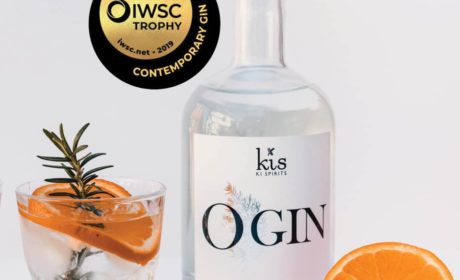 O, what a feeling! 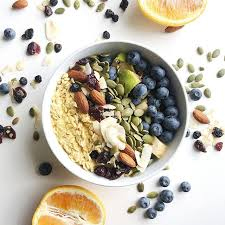 Remote Oats – delivered to your door