The vineyard was selected for its Terra Rosa soils, North facing slopes and its proximity to the South Coast. False Cape was named after a nearby coastal landmark and is located in the picturesque Willson River Valley.

Varieties planted include Cabernet, Shiraz, Merlot, Sauvignon Blanc, Pinot Grigio, Chardonnay and Riesling, with vines grown as naturally and organically as possible. Reds are dry grown with a lower yields giving great intensity and flavour to the grapes.

False Cape Wine is made by Lake Breeze winemaker Greg Follett (Julie’s brother) and they recently won Kangaroo Island Wine of the Year with their Captain Cabernet Sauvignon 2016, making it one of the best quality and value wines on Kangaroo Island. 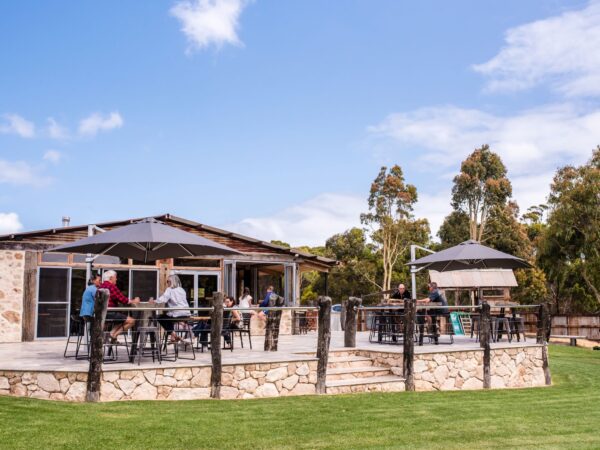