The family farm began its journey in the early 1990’s, with the first olive tree planted in a small paddock surrounded by native vegetation just 400 meters from the Nepean Bay waterfront. It wasn’t exactly a smooth start… wallabies ate nearly the whole tree! Despite this set back, the tree recovered and kept growing. With the blessing of lots of sunshine and rainfall along with traditional pruning, the tree flourished and the extra virgin olive oil it produced was described as ‘uniquely Kangaroo Island.’

Today, the mature grove is home to more than ten varieties of olives. Major cultivars including Koroneiki, Frantoio, Leccino, Pendolino and Kalamata are harvested each year to produce award-winning extra virgin olive oil and table olives.

Day to day farming operations are overseen by Domenico Esposito who lives on the Island, while some Michael takes care of sales and marketing, based in Adelaide. ‘We grow our produce using sunshine and rainfall. Nature does all the work.’ – Dom Esposito. 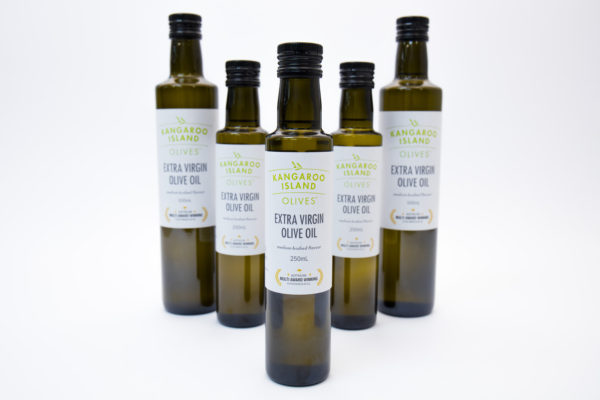